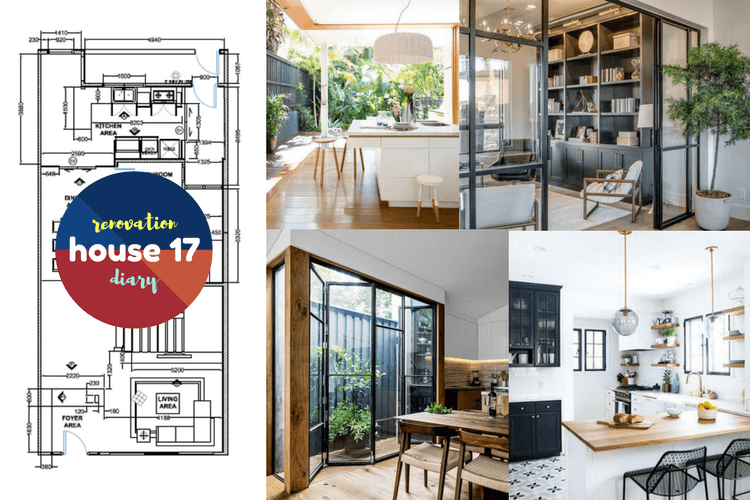 Since the last Renovation Diary update, things have progressed rapidly. Dismantling the old kitchens and hacking the walls took more than a week, but we’re on track. Hats off to the guys. Demolishing brick and mortar is not for the faint hearted.

We did hit a few speed bumps though.

That’s the thing about old houses. As we tore down, more and more problems cropped up. (Just know that when I say we, I don’t mean ‘me’ because I didn’t sledge hammer anything, but I mean the awesome team from Granbuilt Construction.)

Fortunately, the guys at Granbuilt were able to solve it without me needing to sell my uterus. Then, just when I thought I could breathe easy, we had the strange case of waste water not flowing into the sewer. That stinks, literally. We had to lay new pipes and we’re back in the flow.

You can’t help it when it comes to old houses. If there’s anything I’ve learnt, it’s you need a good contractor to help you troubleshoot on the fly. And make sure you have buffer in your renovation plan for way unforeseen stuff.

The old tiles in the kitchen, dining and bathrooms are also out. The much too low plaster ceiling is out too. And oh yeah, after we removed the plaster ceiling, I was horrified to see the ceiling beams at different levels. You may have caught a glimpse of them if you followed my Instagram Stories. I’m not quite sure how to fix this yet. Most likely I’ll expose them and learn to love irregularities.

At this point, we’re laying new cables for lights, sockets and smoothing the walls.

Okay, now let’s talk about the fun stuff. I promised you in my earlier post that I’ll share the renovation plan for the house. So here goes.

This is the original layout for the ground floor. I’m not altering much of the first floor except the master bathroom, which I’ll share another day.

And this is what we’re going to end up with. 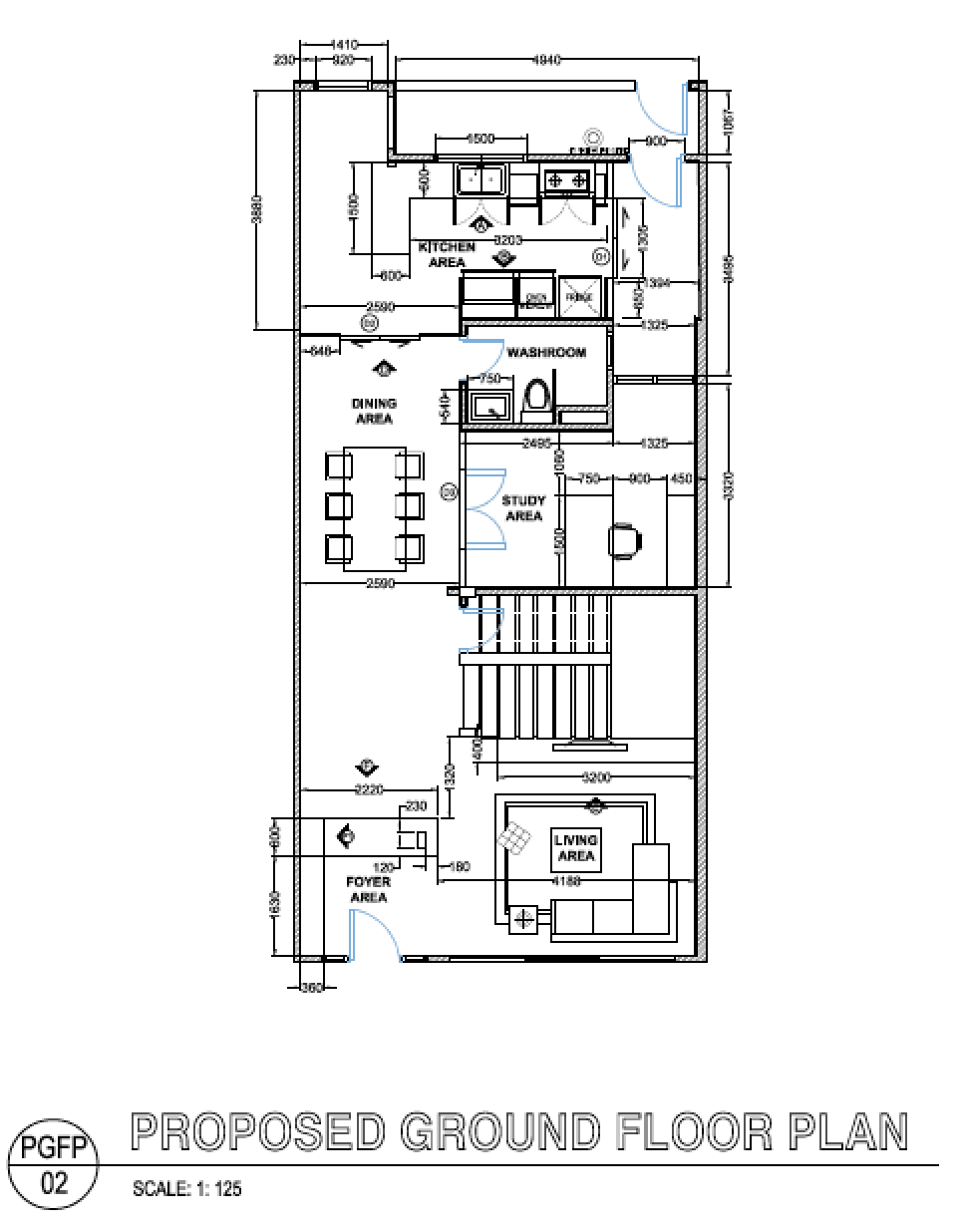 The study is tiny and I wanted my home office to feel open and a little bit more expansive. So we broke the wall down.

There’ll be a set of sliding doors for some privacy (like below), when I need it. And also to “close up” for the day, so my workaholic brain can clock out.

What’s my vision for the space? A bit like this.

Mood wise, I want it light and cheery, some what like Joy Cho’s office.

The major change is the kitchen. The previous kitchen was divided into 2 spaces — a dry kitchen and a wet kitchen. We’ve done away with the dry kitchen (which will now be the dining area) and enlarged the wet kitchen, breaking down a wall and door that previously led to a laundry area. 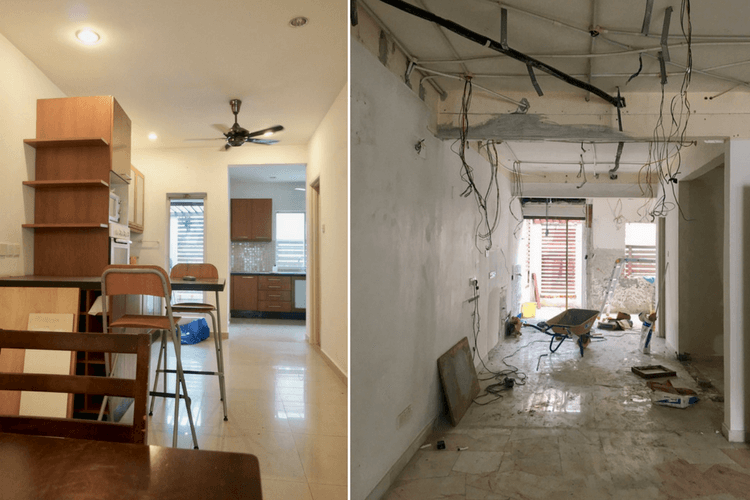 This was the first layout plan. I wanted two washing zones, mainly to take advantage of the existing pipes along the left wall, courtesy of the old laundry space. I thought an extra washing zone would be wonderful should I throw a party and need help cutting up the veggies or doing the dishes. And, maybe more than that, the java junkie in me thought it could be made into a nice coffee station. 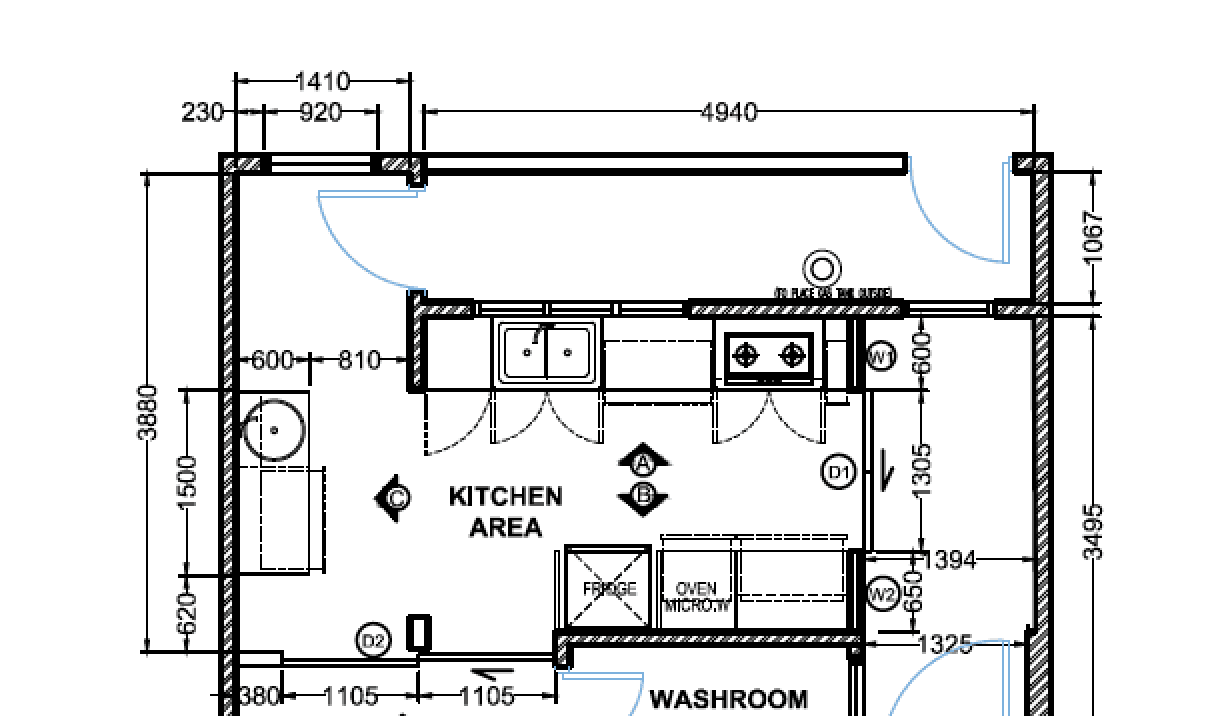 But … and it was big but … some issues still bugged me. For one, I had very little counter space. And the flow was less than ideal. The coffee station was off to the side and would not be a functional part of the kitchen. In the end, I scraped it and we landed with this. 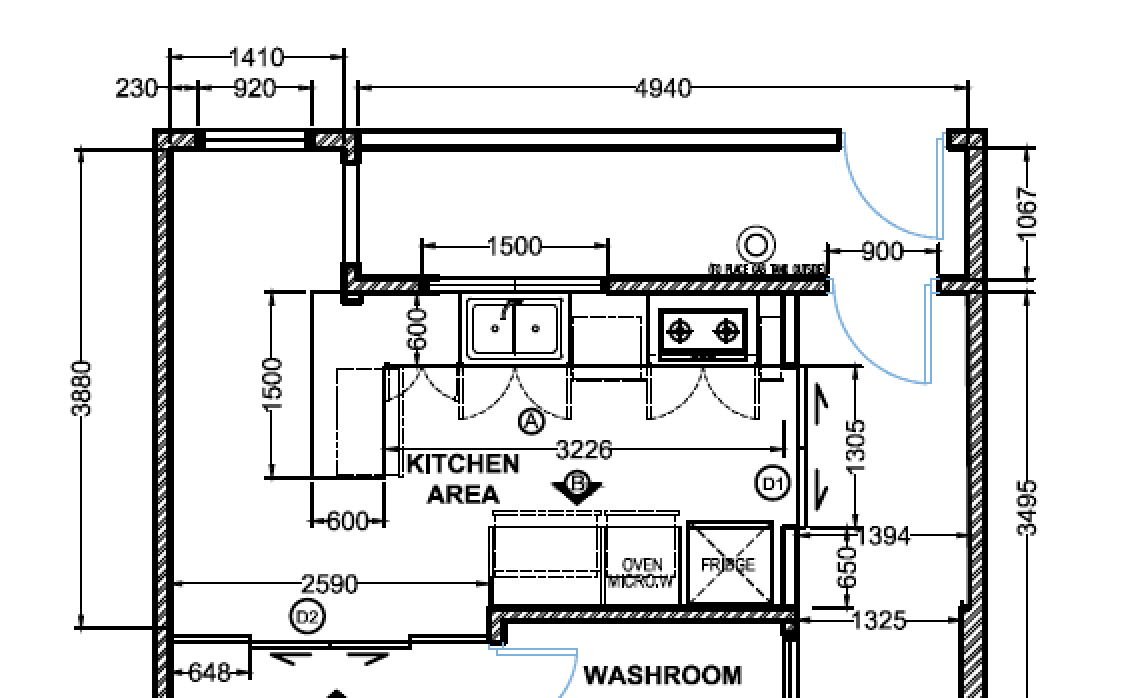 No more coffee station. 🙁 (Okay, I may still set one up in the dining space 🙂 ). We extended the counter top into a peninsula. And now, I have a lot more counter space and storage too. The kitchen feels a lot more integrated, rather than 3 separate blocks of cabinets.

Kitchen inspo? It was hard to nail down a style because I freaking like so many different kitchen styles. And I’m totally fickle. Some day it’s farmhouse. Another day it’s rustic industrial. Next week it’s traditional kitchen with antique handles. You know what I mean? So I went to town pinning and pinning, hoping it’ll lead some where.

Looking at my inspiration photos, the styles may differ but all seem to point towards a black kitchen, with a touch of the outdoors. I’ll build on that and see where it leads me.

As for the nook at the top left, I’m open to ideas. I’m thinking of a banquette, like this.

The Yard gets some love

What I think I really did right was to make a new opening (replacing the fish-tank-like glass panel) to enter the yard. Previously this space was hard to access. You had to climb through the study room window to get to it. Here’s a reminder of how it looked.

It was long and narrow and I honestly felt kind of claustrophobic in there. Many who saw it on my Instagram Stories suggested turning it into a vertical garden space. Guys, I love that idea. It would be dope. Let’s hope I can cultivate a garden. Fingers crossed. 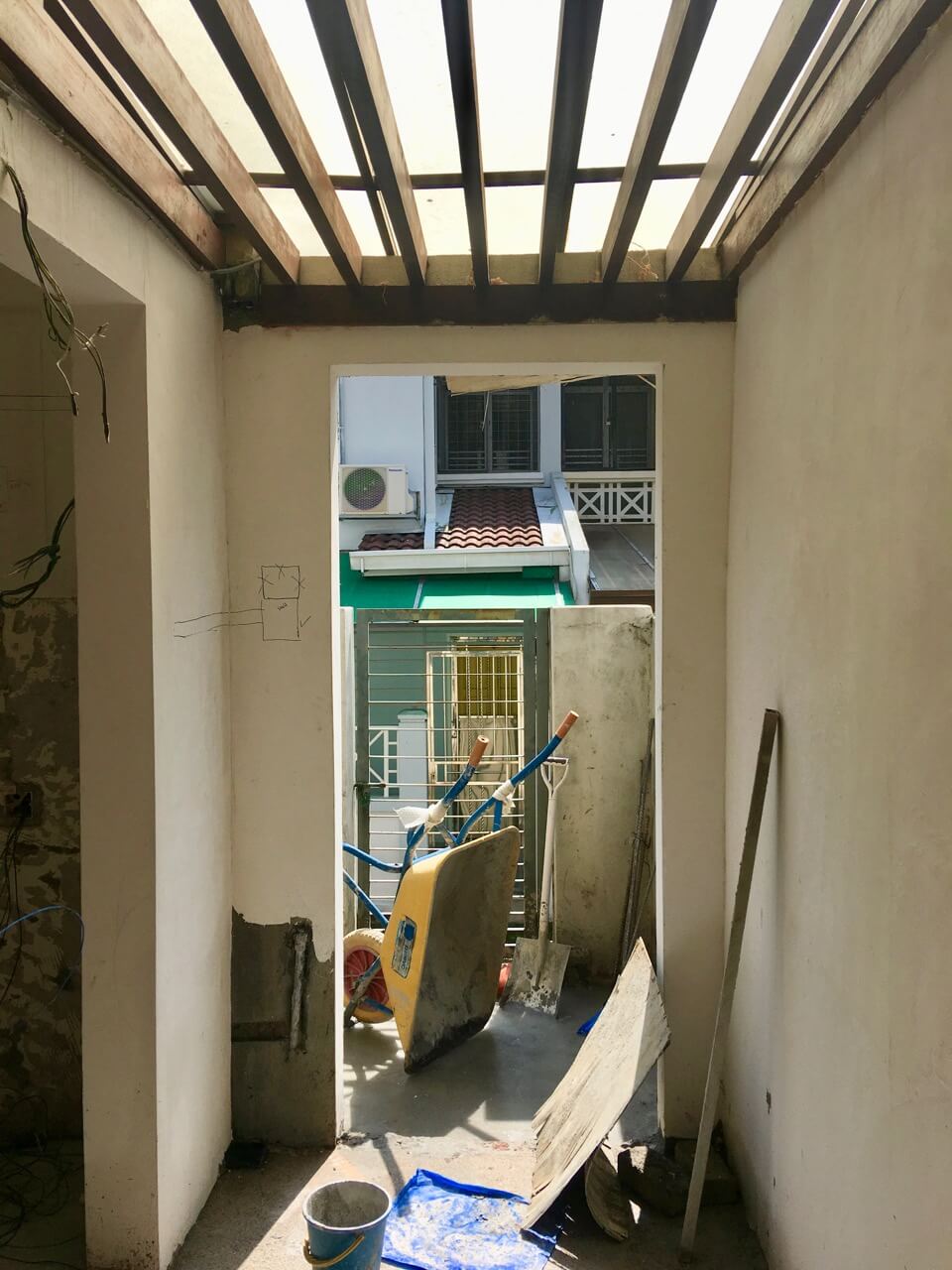 We’ve enlarged the doorway and removed the slab at the bottom turning it into a proper doorway. So much better.

That’s my renovation plan for House 17. If you have any thoughts on it, give me a shout.

Next, I’ll talk about the my bathroom plans and what happened when I went tile shopping! 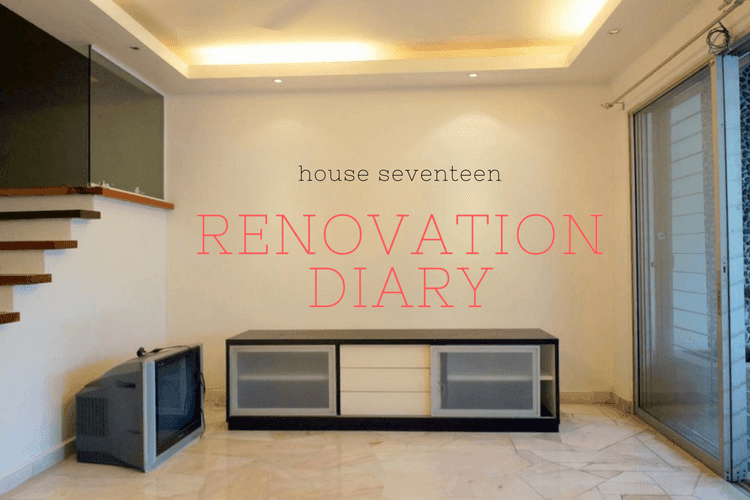 10 months! I’ve kept it under wraps for that long. But no more. As an apartment dweller for the last 18 years, I never imagined myself owning a little bit of soil with a skinny house on top. It still feels strange some times. Like it’s mine but not quite, if you know what I… 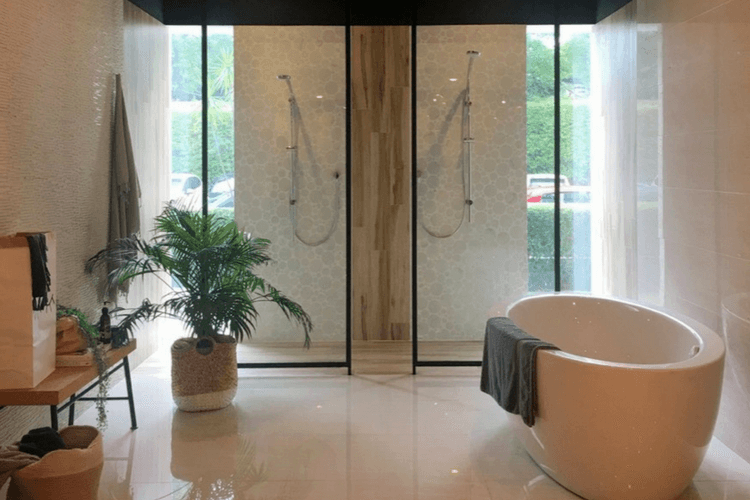 I have a confession. I’ve never ever bought bathroom tiles before this. And I did not know that buying tiles could be such a mind-boggling process. When House17 came along, the bathrooms were fairly decent and at first, I did not plan to renovate them. I didn’t mind the colourful mosaic, even the beige floor…

It’s been a while since I did a home tour. If you’ve missed the previous reveals, you can catch up with my Master Bathroom remodel and Guest Bathroom reveal. Today, let’s focus on my kitchen renovation. Hands down, this is the most used room in my home. I spend crazy amounts of time in here,… 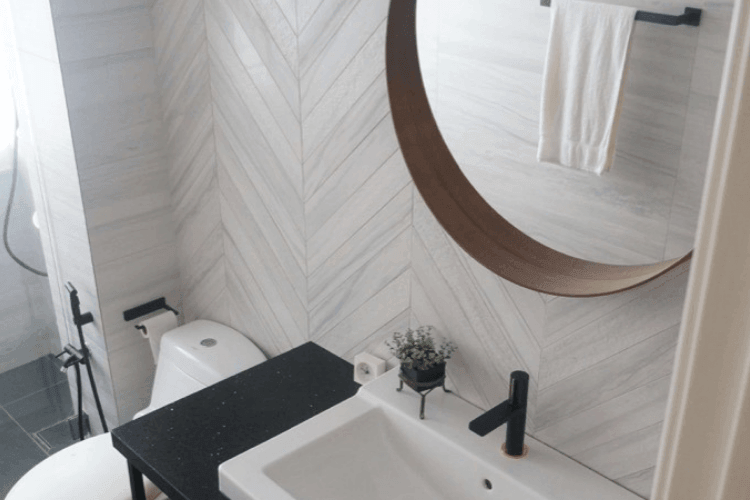 This post is waaay overdue. It’s almost a year since I last updated you guys on House17.  All the major renovations are done but I took longer than expected to settle in and get my rhythm going. It’s 10 months now, since I moved in. The first few nights were challenging — I hardly sleep… 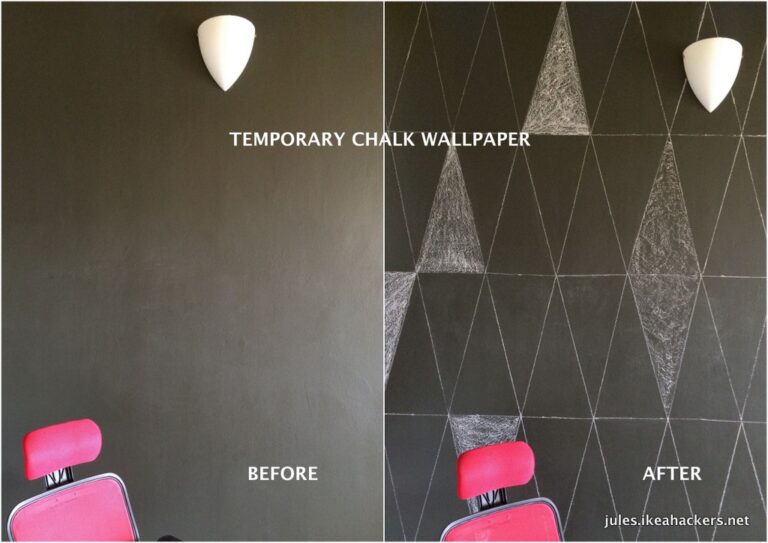 It was too hot to sleep, so I did this instead. My chalkboard wall is turning to be my go-to place whenever I feel the need to “do something with my hands”. Before this triangle “wallpaper”, I had on a whimsical bird on a clothesline. But last night, I was in the mood for more… 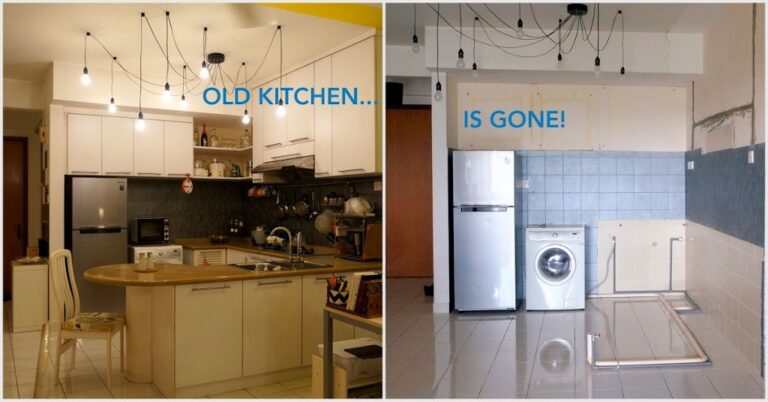 I’m getting a new IKEA METOD kitchen! After weeks of planning, things are finally in motion. Yesterday, the guys came and took away my 16 year old kitchen. Installation of the new babies will only happen in 3-4 weeks, so in the meantime, it’s like camping, right in my own home. It’s fun finding new ways…