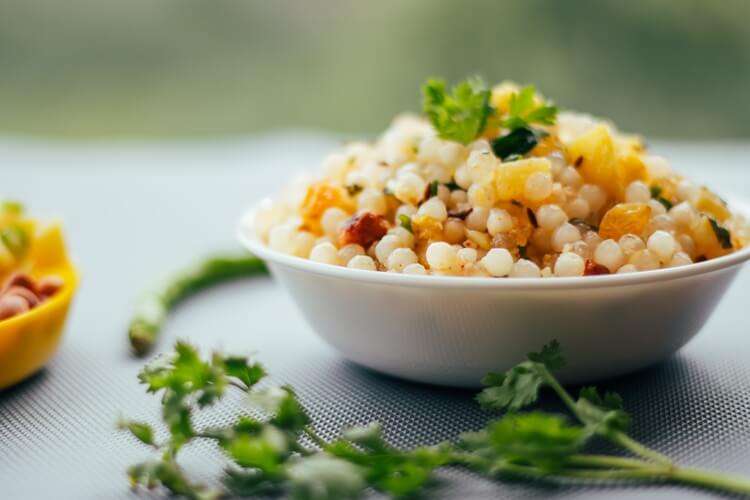 A few weeks back, Lent was approaching and a friend invited me to join her on a 40-day fast, culminating in Easter. A nod later, I found myself in the middle of a Daniel Fast.

Being a Christian since my teens, I am familiar with Daniel’s story and how he and his 3 friends abstained from the rich foods served in the courts of Nebuchadnezzar, king of Babylon.

Joining in this fast, his story suddenly became all the more real.

Why did Daniel fast?

As recounted in the Book of Daniel, the story goes like this …

Daniel and his friends, mere Jewish youths were taken into captivity and selected to serve the King and his successors. During his time in preparation for service, Daniel resolved not to defile himself with the king’s food and wine and asked the chief official for permission to abstain.

But the official was afraid that Daniel and his friends may end up looking worse for wear.

So Daniel said, “Please test your servants for ten days: Give us nothing but vegetables to eat and water to drink. Then compare our appearance with that of the young men who eat the royal food, and treat your servants in accordance with what you see.” So he agreed to this and tested them for ten days.

After the end of the ten days they looked healthier and better nourished than any of the young men who ate the royal food. So the guard took away their choice food and the wine they were to drink and gave them vegetables instead. (Daniel 1:11-16)

Now, we deciding to go on a Daniel Fast wasn’t to look healthier or better nourished than anybody. We thought it was the type of fast that was doable, given our work schedules and we didn’t want to starve ourselves, not too much anyways.

Right. So our bar was set low.

Obviously we can’t take a peek at the Babylonian royal menu, so we can only guess at Daniel’s meals.

Other than wine, the passage in Daniel did not define “royal food”.

What we do know with certainty is they ate vegetables and drank water. Daniel and the boys were the first to embark on a plant based diet.

How long is the Daniel Fast?

The Daniel Fast is popularly observed for 21 days. This is inferred from a passage of scripture (Daniel 10:2-3) where Daniel fasts for 3 weeks while awaiting an answer from God. But you can fast for any number of days.

If you’re new to fasting, I’ll suggest 7 days, perhaps at the start of every quarter to realign your focus on God.

As for us, we’re on it until Easter, which rounds up to around 40 days.

How to start a Daniel Fast?

While Daniel never set out to start a diet plan, the Daniel Fast has garnered popularity over the last decade or so.

Just google Daniel Fast and you’ll find lots of books, courses and meal plans to help you get all the details right. It is easy to get lost in all that “information”, an not see the wood for the trees.

For me, I prefer a simpler approach.

First I need to know why I should even begin a fast? I thought about it and penned down my goals for the 40 days fast. They are to:

How to do a Simplified Daniel Fast

This 3-step guide will help you get started, as it did me. It will help “Keep food simple and appetite focussed on Jesus.”

I can’t emphasise this enough if you’re doing a Daniel Fast for spiritual reasons: Do not get bogged down by the food or the cooking. A fast sets us free to seek God. Legalistic do’s and don’ts have no place in here.

On the other hand, if there is a food group you can’t give up — that’s probably the one you need to fast. It’s part of disciplining the flesh and breaking down any addictions and strongholds. Sugar? Alcohol? Dessert? It may not be immediately apparent but a week or two into it, cravings will kick in. And you’ll know what you foods have a hold of you.

If you’re on it for health reasons, the Daniel Fast Food List may work and offer the most health benefits.

My definition has a lot more wiggle room. 😉

The two food item we are actively abstaining from is meat and alcohol, as stated in Daniel. We okayed some animal products like eggs, honey and dairy products. Some have issue with yeast because of its allegorical association with sin. We don’t.

As for the rest of the food groups — moderation is our mantra.

2. Set aside time to worship and pray

Daniel is one of my favourite characters in the Bible. He was courageous, steadfast and wise. Behind these sterling attributes, lies an extraordinary relationship with the Lord God of Israel.

Daniel 6:10 states “Three times a day he got down on his knees and prayed, giving thanks to his God, just as he had done before.”

He sought God not only in times of crisis but daily. It was his routine to check-in with the Lord all through the day.

If you don’t know where to start, pick a Psalm, read it aloud and then personalise the Psalm as a prayer.

As you fast and pray, engage with God, He will show you Himself. He will reveal His word and give you understanding.

I write down thoughts and insights I receive.

I’d also suggest using reading plans and devotionals to guide you in reading the Bible.

Browse the Bible app on your phone for plans suited to your season. For Lent, I’m on the Mosaick Lent Guide 2022 and the Book of Joshua. (He’s my role model for living in transition.)

I’m still learning as I go along. Let me know in the comments below if you want further updates on the Daniel Fast as I journey along these 40 days.